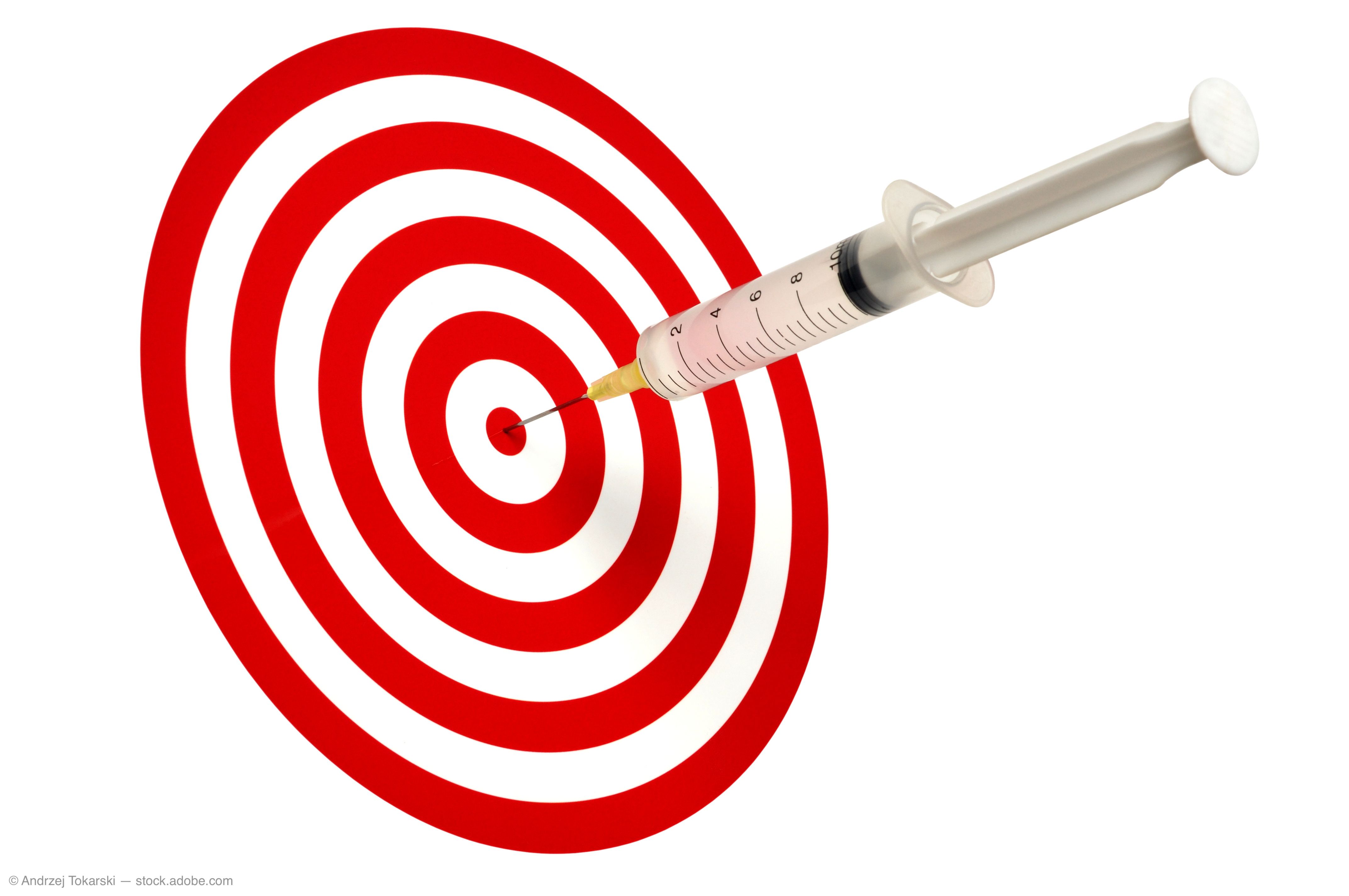 Carl Regillo, MD, director of retina service at Wills Eye Hospital and a professor of ophthalmology at Thomas Jefferson University, Philadelphia, Pennsylvania, reported the trial results on behalf of the study investigators.

Patients in both arms had received, on average, about 5 injections over 5 months after the diagnosis of nAMD and had a mean best-corrected visual acuity (BCVA) of 20/32 at baseline.

The primary endpoint result, i.e.—the change in the mean BCVA from baseline averaged over weeks 36 to 40—was an increase of +0.2 letters in the PDS arm and +0.5 letters in the injection arm.

About 80% of patients had 20/40 or better BCVA in both arms. The PDS treatment was seen to be both noninferior and equivalent to monthly injections, Regillo reported.

The data evaluation at 48 weeks included 2 refills of the PDS and showed that the ongoing VA results were consistent with the primary analysis in that the PDS results were noninferior to monthly dosing.

At the time these data were released, all patients had completed 60 weeks of follow-up and about 80% of patients were out to 72 weeks. The BCVA remained stable in both study arms.

The changes in the mean center point thickness were similar in the 2 arms, with a difference of less than about 5 µ out to week 48 (2 refills) and to week 72 (3 refills in 80% of patients).

The control of the nAMD was comparable to monthly dosing for the entire length of follow-up thus far.

Regarding ocular safety, through 79 weeks of follow-up, the PDS implant procedures were well tolerated.

The number of cases in which existing cataracts worsened or progressed in the PDS arm increased; there were no cases of traumatic cataract.

Conjunctival adverse events were consistent with the primary analysis with only 1 erosion event beyond 40 weeks of follow-up.

One patient in the PDS arm, who was later found to have a systemic autoimmune disease, had a recurrence of culture-negative endophthalmitis and also had intraocular inflammation in the fellow eye.

The endophthalmitis rate was otherwise unchanged compared with the primary analysis. Furthermore, 1 patient in the monthly injection group had endophthalmitis.

Therefore, the per-patient rate of endophthalmitis was 1.6% vs. 0.6% in about 18 months of follow-up in the PDS and monthly injection arms, respectively.

In the PDS group, the rates of vitreous hemorrhage and retinal detachment were consistent with the primary analysis.

Finally, 2 implants dislocated after 40 weeks, making a total of 3 in the study up to the data cutoff point.

In all PDS trials, 6 dislocations have occurred in 450 implants, all 6 of which were implanted before the implant procedure was updated in June 2020.

“Five of the 6 events had a longer than recommended scleral incision at the time of implantation and dark discoloration around the implant flange. The dislocations occurred most often after a refill exchange procedure attempt,” Regillo said.

A review of the surgical videos showed the reasons for the dislocations. The original protocol specified a scleral incision length to be 3.5 mm, not to exceed 3.7 mm; in the cases of dislocation, the incisional lengths were greater than 3.7 mm.

In addition, the application of laser resulted in wound enlargement and when the implant was inserted, a suture was not placed to reduce the incision to the specified length per protocol.

“The updated procedure implemented as of June 2020 focused on tight control of the scleral incision length. A mandated incision length of precisely 3.5 mm was established in contrast to the previous guideline of 3.5 to 3.7 mm. The incision is to be measured both and after the initial incision and after the laser application, which must be to the uvea and not the scleral edge. A suture must also be placed for the final incision if the incision exceeds 3.5 mm,” he recounted.

“As of the September 2020 data cut for the Archway study, PDS with refill exchanges every 24 weeks maintained vision and anatomic outcomes comparable to monthly injection dosing of ranibizumab through a mean follow-up of 79 weeks, with most patients having completed 3 refill exchanges,” Regillo said. “The PDS surgery/device combination was well tolerated with a favorable benefit-to-risk profile with an average of an additional 38 weeks of follow-up consistent with the primary analysis. The implant procedure was updated in June 2020 to mitigate dislocation risks and should help improve the safety profile going forward.”

Carl Regillo, MD
e:[email protected]
This article is adapted from Regillo’s presentation at the Bascom Palmer Angiogenesis, Exudation, and Degeneration 2021 virtual conference. Regillo is a consultant to and receives research support from Genentech.