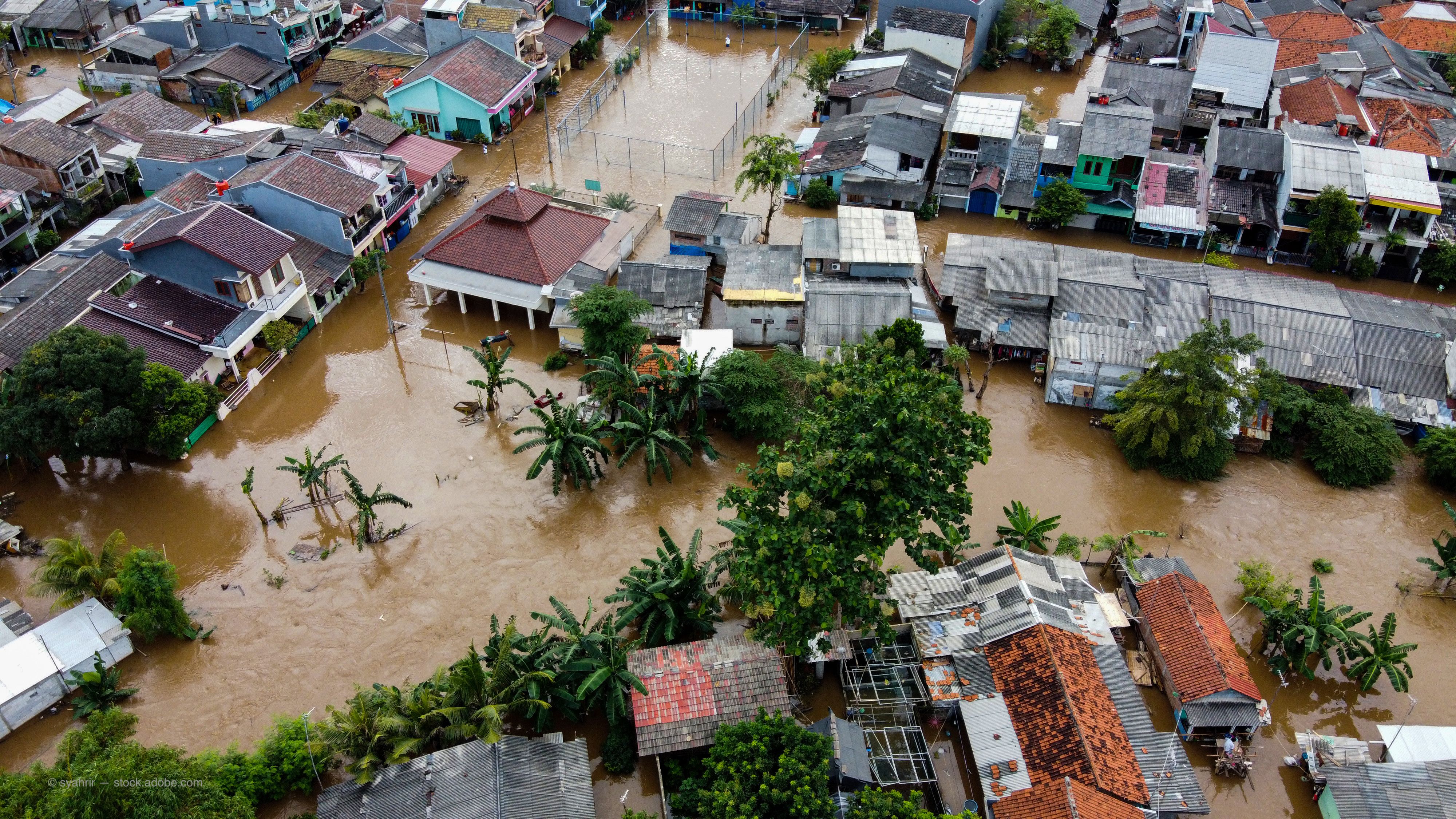 In the wake of Hurricane Ida, ophthalmologists in Louisiana are dealing with the storm’s aftermath, having been forced to close practices and cancel appointments.

Hurricane Ida made landfall on Aug. 28, and slowly moved north across the Bayou State with heavy rains and damaging winds. Its impact on residents and property is still being assessed, and it also could have an impact on the COVID-19 Delta variant crisis in the state.

With power out, roads blocked and utilities like water and sewer disrupted, local and state officials said it may not be safe to return for days. In a news conference Tuesday, Louisiana Gov. John Bel Edwards told evacuated residents that it was not yet safe to return.

“Many of the life-supporting infrastructure elements are not present, they are not operating right now,” Edwards said in a statement. He did not offer a timeline for restoration of those services or when residents could return.

After making landfall as a Category 4 hurricane, the impact of Ida was felt through Middle Tennessee and into states in the Mid-Atlantic and Northeast, with Western Pennsylvania, Delaware, New Jersey and New York hit by flooding and tornadoes.

These issues have impacted ophthalmic care in those regions, though not to the severity seen in Louisiana and neighboring states.

Jayne S. Weiss, MD, is chairman of the Department of Ophthalmology at Louisiana State University. A cornea specialist, her clinical office is at the LSU HealthCare Network in New Orleans.

She noted Thursday that power remains out in most areas of the city, so clinic schedules for ophthalmologists have been impacted.

“Many clinics have cancelled patients for this entire week without a definite reopening date,” she said. “It is unclear when power will be restored to these clinics.”

Weiss also pointed out that many hospitals have back-up generator power, so patients with emergent eye problems can be seen through the emergency room. Power should be restored to the hospitals sooner.

“Some hospitals have had major structural damage so it is unclear when they can resume clinical operations,” Weiss noted.

At LSU, Weiss noted that communication among faculty, residents, staff is challenging, and many do not have a way to charge their cell phone unless they can do so in their car. Many also do not have internet and cellular service has been impacted.

“There are gas shortages with a 2 mile long line for cars waiting for gas at Costco today (Thursday),” she said. “Some areas do not have power and do not have running water.”

At LSU, Weiss noted that educational programs have been impacted, and elective surgery and clinics have been cancelled this week for most of the residents in New Orleans.

Lafayette has had minimal impact from the hurricane so clinics are running as usual, and Baton Rouge restarted clinics Wednesday.

Weiss noted that both University Medical Center, Ochsner and LSU Health Care Network have had clinics cancelled the entire week with announcements to be made later on when clinics will resume.

When the power outages will be resolved remains to be seen. Weiss noted that some hospitals had received power on Thursday, but a majority of New Orleans is still without power.

“There are estimates that power would be restored to New Orleans within a week but it could take a few weeks,” she said. “Elective visits have been cancelled and will resume once power reestablished.”

The pandemic has compounded the problem in Louisiana, according to Weiss.

“We are further challenged by very high rates of COVID-19 associated with very low vaccination rates in Louisiana,” she said. “There will be a delay in ophthalmology elective clinic visits and surgery and once power is restored, we will resume elective services.”

Weiss added that she is proud of the way the LSU ophthalmology faculty and residents have risen to the challenge of supporting the community.

“Despite personal sacrifices, our on-call ophthalmologists left their homes and family to live and sleep in the hospitals 24/7 for days to ensure that patients had access to ophthalmology care,” she said. “During this time, communication challenges often prevented them from knowing the status of their own homes and family during and after the Category 4 hurricane.”

After the hospital lockdown was lifted, other LSU physicians and faculty spelled the ophthalmologists, giving them a chance to go home to see their families and assess any damage to their homes.

“The majority of our faculty, residents and fellows live in New Orleans and have no power,” she said, leaving them without refrigeration, air conditioning and a way to charge their cell phones. Today (Friday)m Entergy estimated a Sept. 8 power restoration to Orleans Parish.”

With power, internet and cell service remaining an issue, as Louisiana begins the process of coming back from Ida, it is bringing back memories of Hurricane Katrina.

Marguerite McDonald, MD, FACS, is currently a clinical professor of ophthalmology at NYU Langone Medical Center in New York. She was practicing in New Orleans when Hurricane Katrina hit, 16 years to the day that Ida made landfall last week.

“After Katrina, the city was evacuated for 30 days due to flooding,” she recalled. “Many did not or could not return even when allowed to do so.”

In the wake of Hurricane Ida, the full extent of the impact on the local economy may not be immediately known.

“There will be an increase in emergency visits but likely a lull in elective procedures and annual checkups,” McDonald said. “The impact of Ida on top of the COVID-19 related issues may be exacerbated. Time will test the ophthalmologist but, as before, most will be stronger for the changes ahead.”

After Katrina, McDonald made the decision to close her private practice and LASIK center in New Orleans and decided to relocate. She said making the decision quickly was important.

“The devastation was so profound, and the loss of life so extreme, I knew that no one would be wanting ‘luxury goods’ like LASIK for years to come,” she recalled. “I closed the practice in 3 days.”

For ophthalmologists who remain in storm-impacted areas, McDonald said it is important to make good decisions.

“If you decide to stay and keep your practice open, put some employees on furlough and add them back as needed,” she said.

Hurricane Ida and the pandemic continue to impact tourism in the region, according to New Orleans tourism and travel officials who are hoping that any cancellations are just a temporary blip in the recovery that had been building since early spring.

Kelly Schulz, a spokesperson for New Orleans and Co., the city’s tourism marketing agency, said in a statement that the key priority is to ensure that conventions that are booked at the Ernest N. Morial Convention Center and other city venues can go ahead safely amid the pandemic and in the wake of Ida.

According to Michael Sawaya, the convention center’s president and general manager, big fall bookings — including the American Academy of Ophthalmology — are still booked, and the Academy continues to prepare for its live meeting.

“The American Academy of Ophthalmology’s thoughts are with friends and colleagues who have survived Hurricane Ida in Louisiana and the surrounding states,” the Academy said in a statement.

According to the Academy’s statement, the damage will not affect AAO 2021, which is scheduled for Nov. 12-15 in New Orleans.

The Academy remains in contact with officials there and are closely following developments in the city.

“The convention center, hotels and airport did not suffer significant damage,” the Academy concluded in its statement. “The local energy company is assessing the damage to the electrical grid, but it will not affect our meeting.”