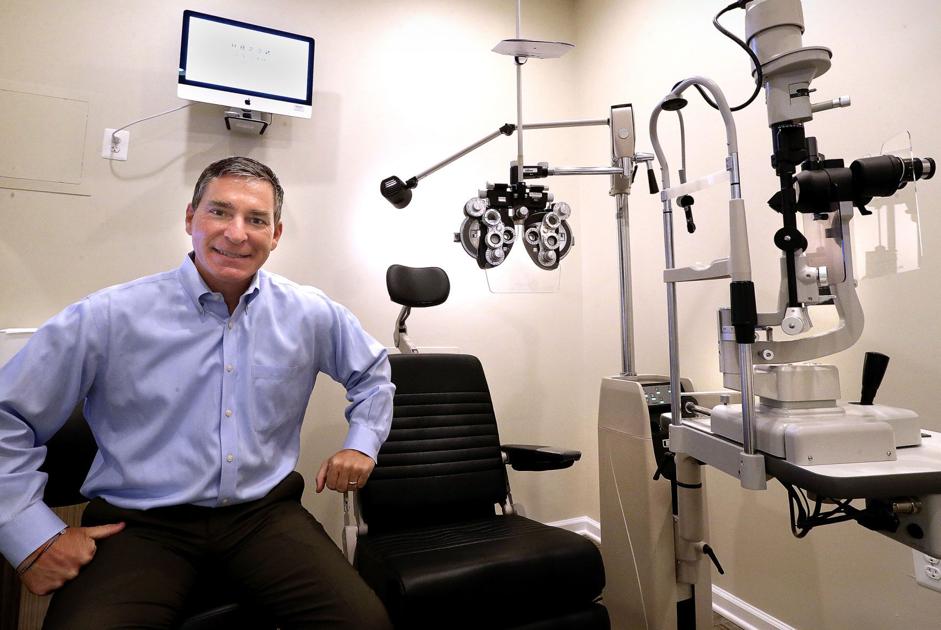 BERRYVILLE — Dr. Keith Smithson said he’s always had a passion for athletics. Then he combined that with a passion for enhancing “visual performance.”

The two passions led him to becoming an optometrist and joining the Northern Virginia Doctors of Optometry about 20 years ago. That led him to working with professional sports teams in Washington, D.C. It also led him and his partners to open a sixth location in Berryville recently.

The NVDO office at 33 W. Main St. treats all types of patients, but Smithson specializes in working with athletes of all ages. The skills he’s learned treating top athletes, such as the Washington Nationals’ Juan Soto, translate into everyday vision issues that anyone can face.

“Testing vision has a different perception than what it can actually be. Visual performance is a term I use a lot. We try to maximize visual performance for all our patients,” Smithson said. “Whether you’re driving home or spending time looking at multiple computer screens at work, your eyes may need to do some things and use some visual skills that we’ve learned from working with athletes….We want to make peoples’ everyday lives better.”

In the professional sports realm, Smithson treats a variety of issues. But it all starts with comprehensive eye exams just like any other patient would receive. For example, when the Nationals draftees report to spring training, Smithson does an exam on each player to assess their vision. He does performance evaluations that test eye tracking, how well their eyes coordinate together, muscular capabilities, depth perception and neurological processing to see how quick their brain makes decisions and how quick their eyes input information to the brain, which then tells the body to react.

The NVDO partners are also working to learn more about how vision plays a role in concussion recovery.

“When we find a deficiency in an athlete, whether they’re 10 years old or playing in the NFL, we’re able to put a plan in place to remediate those issues. If you catch these early, you can help these athletes be successful,” Smithson said. “For youth athletes, we want to help them be successful so they don’t quit the game. If you quit the game because you’re not successful at 10 years old, then I look at that as that kid doesn’t get to learn the life lessons that sports teaches you.”

That was one reason for opening a Berryville office, Smithson said.

Smithson said he told his partners there was a “big opportunity” to expand west of Northern Virginia. He likes how close Shenandoah University and James Madison University are to the Berryville area, as well as how easy it is to travel back and forth to the practice’s other offices in Alexandria, Arlington, Falls Church and Reston. It’s also in close enough proximity for Smithson to still be able to work with professional athletes in the D.C. area.

“I know youth sports is a big thing out here,” Smithson said. “So it was an opportunity to expand our footprint a little bit and give access to more people.”

Building relationships with communities is how Smithson got his start in the business.

An athlete growing up, Smithson played soccer at the University of Delaware, where he became interested in vision care. He later went to optometry school and decided he wanted to work with athletes. After he graduated optometry school, he moved to the D.C. area and joined NVDO.

“It’s cool to have the relationship build because you’re doing it the right way. I don’t pay money to be there. I don’t sponsor the teams,” he said. “They want me there because I do a good job. One team talks to another team and says, ‘Who do you trust?’ That led to the connections to the different teams.”

Smithson said he wants to build those same kinds of connections at the new Berryville office.