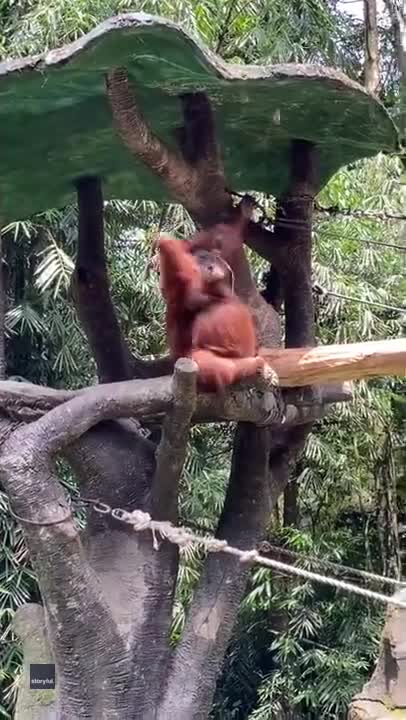 A fashion icon was born when a woman dropped her sunglasses into an orangutan enclosure while visiting the Taman Safari Cisarua in West Java, Indonesia, in March, and a resident female tried them on – to gorgeous effect.

Lolita Testu captured the moment on video after she dropped the accessory into the orangutan enclosure.

In the video, which has amassed over 7.2 million likes on TikTok, the orangutan opens the sunglasses with her mouth and immediately places them onto her face, as Testu is overheard worrying that the ape would eat them.

“This is fantastic stuff,” says Testu, as she watches the orangutan model the stylish shades and flick away her baby who tries to take them off her face.

Speaking to Storyful, Testu said the orangutan had her sunglasses on for about 15 minutes before the zoo keepers prompted her to throw them back.

Unfortunately, the sunglasses broke in the toss. Credit: Lolita Testu via Storyful