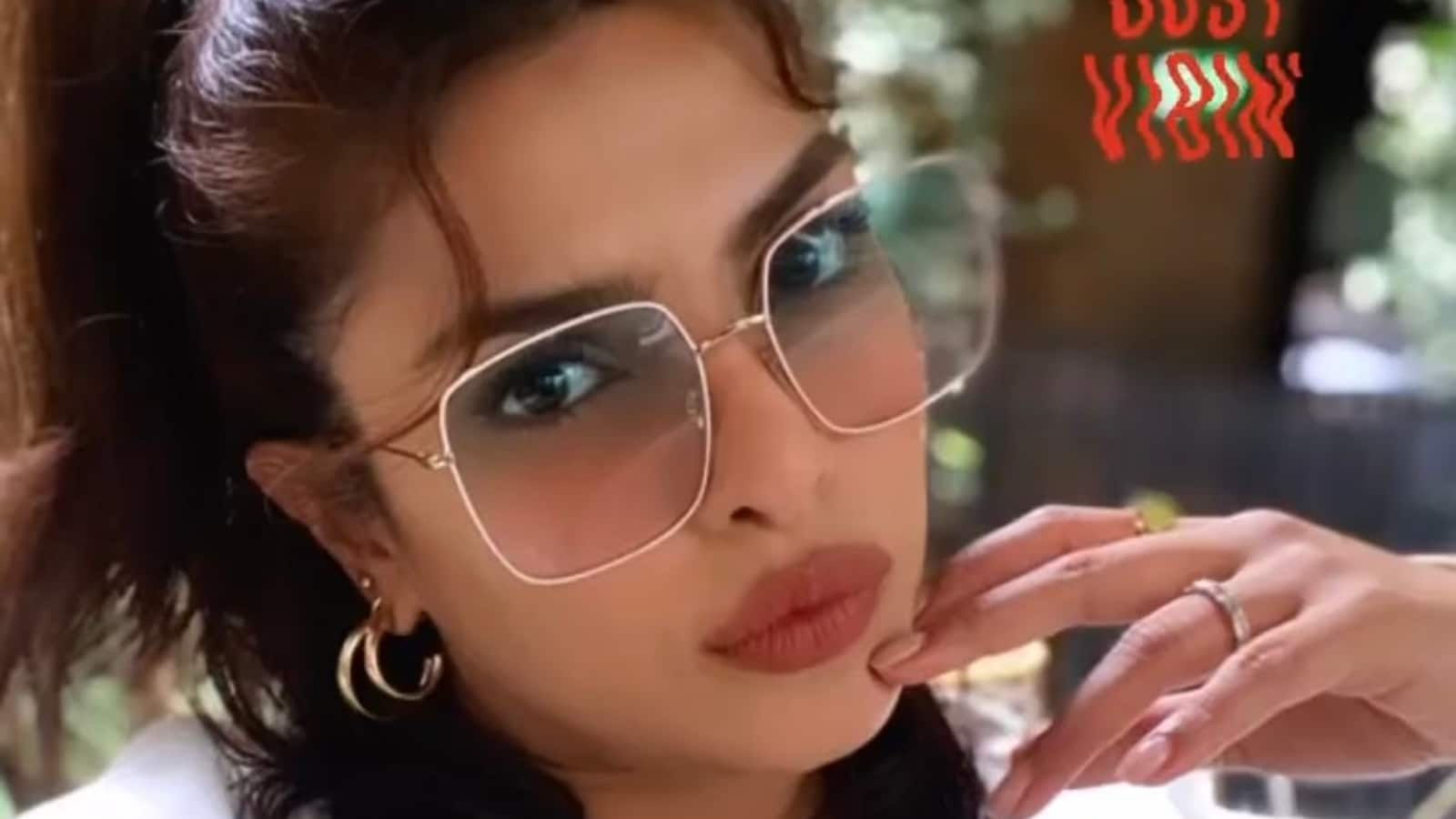 Priyanka Chopra has shared new pictures on Instagram and they show her flaunting her large sunglasses. Sharing the pictures, she added a ‘just vibin’ GIF.

Priyanka Chopra is seen with her hair tied in a high ponytail. She is also wearing golden earrings, a golden necklace and a ring with a white top and white jacket. In another picture, she posted her side profile and geo-tagged herself in London. “What to do next,” she posted with the photo.

Priyanka has been stationed in London since last year. First she finished shooting for her movie Text For You, co-starring Sam Heughan of Outlander fame. Text For You is inspired by the 2016 German box office hit SMS Fur Dich, and will be directed by Jim Strouse. It also stars singer Celine Dion in a special role. Priyanka plays a woman whose fiance dies. She continues to send messages on his phone but is surprised when she gets a reply.

Later, she launched her autobiography Unfinished from London as well. She joined interviews from her home and connected with late night hosts on their shows through online video calls. She also promoted her movie The White Tiger from London.

Last month, she made a short trip to the US to visit her restaurant in New York, Sona, for the first time since its launch. She posted pictures from the place and even celebrated her mother Dr Madhu Chopra’s birthday there. She also visited a supermarket to see her haircare range on the shelves.

She is now back in London, and is reportedly working on her upcoming Amazon Prime Series, Citadel. Executive produced by Russo Brothers, the series also stars Richard Madden of Game of Thrones fame. The show will be a worldwide event with multiple sister series being made in different counties, including one in India, directed by Raj and DK.