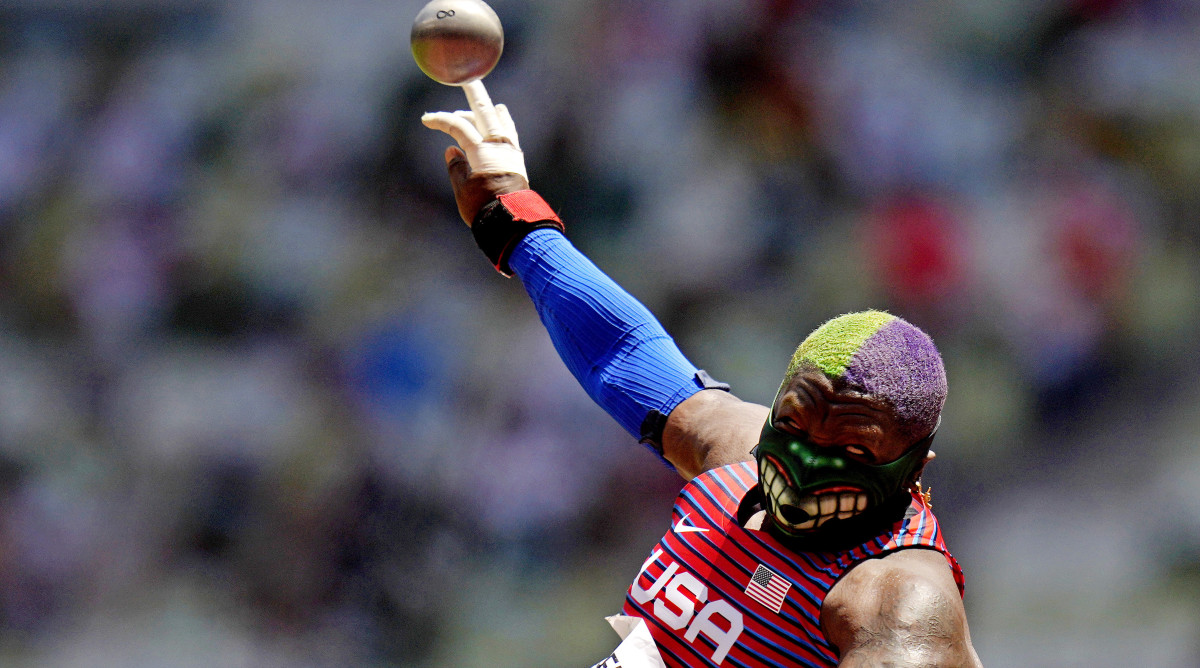 Wearing technicolor sunglasses, purple and green hair and an Incredible Hulk facemask, Raven Saunders arrived at the women’s shot put final dressed to impress. She ended the day with a silver medal, and a celebratory twerk.

Naturally, it’s not required by Olympic COVID-19 protocols to wear a facemask during competition, nor is it common, but Saunders did it anyway as part of a persona that she has fully embraced since high school

“But through my journey, especially dealing with mental health and things like that, I learned how to compartmentalize, the same way that Bruce Banner learned to control the Hulk, learned how to let the Hulk come out during the right moments and that way it also gave him a sign of mental peace. But when the Hulk came out, the Hulk was smashing everything that needed to be smashed.”

With a throw of 19.79 meters, Saunders finished second to China’s Lijiao Gong. However Saunders’s second throw was considered to be even farther, possibly enough to challenge for gold if not for a foul called for stepping outside of the circle.

Regardless, Saunders was jubilant in her celebration with her teammates as the 25-year-old Charleston, South Carolina native took social media by storm.

Last Friday, she donned a Joker mask for the qualifying round. By this upcoming Friday, the mayor of Charleston announced she’ll have a full homecoming parade upon her return from Tokyo.

Sign up for our free daily Olympics newsletter: Very Olympic Today. You’ll catch up on the top stories, smaller events, things you may have missed while you were sleeping and links to the best writing from SI’s reporters on the ground in Tokyo.