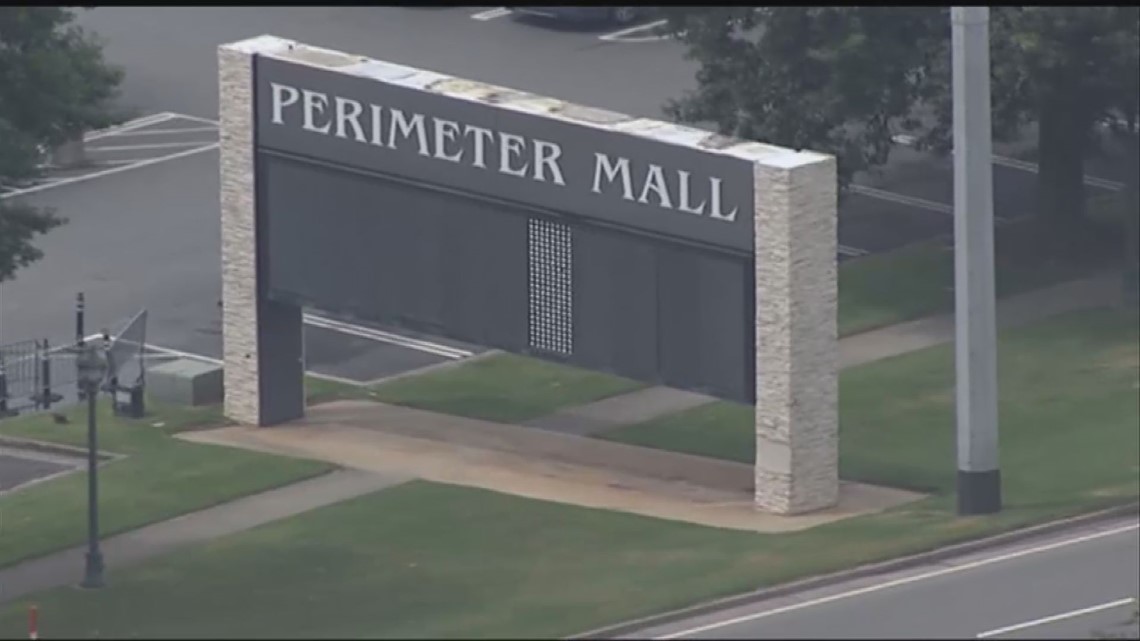 No one was hurt. The suspect was later arrested.

DUNWOODY, Ga. — Questions about retailers’ security policies and about keeping customers safe from armed shoplifters are on the minds of witnesses after an alleged shoplifter opened fire outside of the popular Perimeter Mall in Dunwoody.

Dunwoody Police said the shoplifter ran out of Macy’s and opened fire in the parking lot when a private security officer followed him outside. No one was hurt, and the alleged gunman was later arrested.

Retailers nationwide claim there has been another surge in shoplifting, and according to police, the surge is due to organized crime rings. Many retailers have concluded that chasing shoplifters is just too dangerous for customers and store employees.

Matthews, who is in the construction business, was working a job across the street from the mall when he heard and saw the gunfire.

“Everybody kind of scrambled to hide or be where they thought was safe,” Matthews said, thankful that he and everyone else escaped the shoplifter’s shots.

Police said that that shoplifter had just stolen merchandise from Sunglass Hut inside Macy’s. A private loss prevention officer followed the shoplifter outside, and that’s when the shoplifter turned and fired three shots at the officer.

“Somebody came just running out,” Matthew said, “and right on their tail was, of course, a security guard with a walkie-talkie. He [the alleged gunman] turns and fires off a shot at the security guard.”

More and more retailers across the country have adopted policies of “no touch” and “no chase” when shoplifters strike, because of the dangers to public safety, and because of the potential for lawsuits from wrongly-accused suspects, and from employees who could get hurt or killed chasing suspects and trying to recover stolen merchandise.

As it is, retailers across the country lose about $50 billion a year to retail crime, according to the National Association for Shoplifting Prevention.

Retailers are relying, now, more on high-tech anti-theft devices and better security cameras to try to prevent shoplifting, and they are relying on detective work to identify and arrest shoplifters and prosecute them after they’ve struck.

Dunwoody Police are not saying yet, if the man they showed last week in a photo on a bulletin, who they say is responsible for multiple shopliftings at the Sunglass Hut, is the same man who stole from the same Sunglass Hut and then opened fire on the security officer Monday, just before he was arrested.

This individual has been involved in multiple shoplifting incidents at Sunglass Hut. The latest one occurred…

As of Monday night, Perimeter Mall, Macy’s and Dunwoody Police had not responded to emails from 11Alive asking for information and comment about policies to catch shoplifters in ways that protect customers and employees.