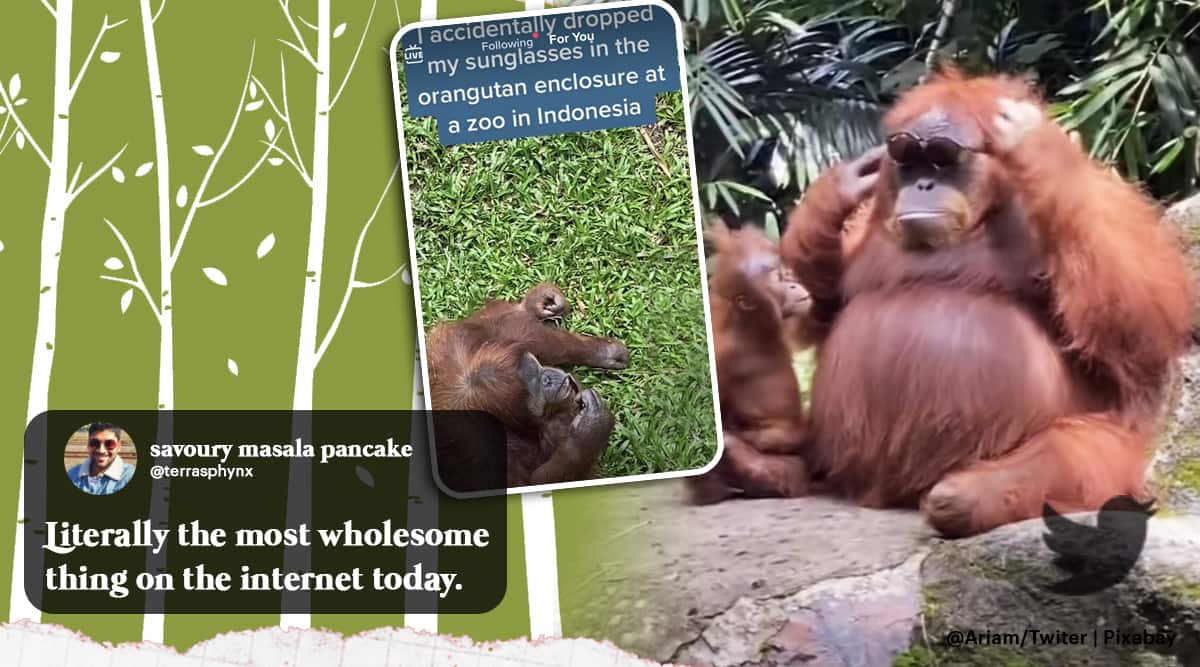 If you think the words like ‘swag’ and ‘fashionista’ only belong to human world, think again. Showing off its very cool side, an orangutan has taken social media by storm after donning some cool sunglasses, while fending off a persistent interest of her baby. Now, the animal’s élan and charm has netizens hooked.

Lolita Testu, who goes by @minorcrimes on Instagram and TikTok revealed that she had accidentally dropped a pair of sunglasses in the orangutan enclosure at Taman Safari in Bogor, Indonesia. “So I’m down a pair of sunglasses but up a very good story,” she wrote on TikTok while sharing that video has racked up over 30 million views in a day.

The funny video showed the mother orangutan holding the baby in her arms while walking towards the sunglasses. As the primate picks up the unfamiliar object in its enclosure, Testu, presumably, can be heard saying: “Oh no, don’t eat it.”

However, the smart primate exactly knew what the dropped item was and without any hesitation, picked it and put it where it belonged, just like humans!

As seen in the viral footage, the primate initially put on the glasses upside down, but soon, she realised something was not right and wore it properly. However, the ape soon tossed the pair aside as either it got bored or, as people joked, after it realised it’s “not Gucci”.

The video ended when the orangutan threw the sunglasses back toward the zoo’s visitors, and a zookeeper rewarded it by tossing it a snack.

According to National Geographic, the long-haired, orangish primates, found only in Sumatra and Borneo, are highly intelligent and are close relatives of humans. So, it’s no surprise they can imitate human actions very quickly.

The clip has left people across social media site delighted. More than the mother wearing the sunglasses, what really caught the attention of people online was the baby orangutan desperate to try the glasses, something many parents on the internet found relatable.

She’s trying to keep the baby from snatching her glasses 😭

The baby wanted to try em on too- mama said aht aht!

the baby: “momma what you got on your face”
“mind your business” pic.twitter.com/Bnjhxksuzv

Literally the most wholesome thing on the internet today. pic.twitter.com/6pPBBeJiIf

How on earth did she figure out the glasses was meant for the eyes??? I just can’t get my mind around that. This is sooo cute and funny 😂😂😂

I love how just like a human baby that child wants the glasses! This is a great video.

THIS MADE MY DAY AHAHAH https://t.co/GcnR55byUl