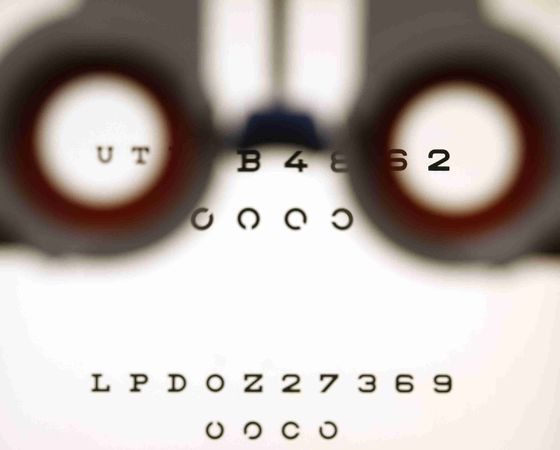 Ontario optometrists say they will continue to withhold services covered by provincial health insurance until the government agrees to nearly double the current level of funding to cover what they say is the true cost of service.

The Ontario Association of Optometrists estimates that approximately 15,000 people will be affected by the job action each weekday and that it will delay 2,000 cataract referrals to ophthalmologists each week.

“The longer this drags out, it will definitely impact a lot of people,” said Dr. Sheldon Salaba, president of the Ontario Association of Optometrists.

The group withdrew services covered by OHIP on Wednesday after talks with the province over funding of procedures broke down.

Currently, OHIP pays for eye exams for people 19 years of age and younger, those 65 and older, and people with special conditions, such as diabetes, glaucoma and macular degeneration, at about $45 per exam. But the true cost of an exam is $80, and government funding needs to reach that level, Dr. Salaba says.

The province has offered to increase reimbursements by 8.48 per cent and has also offered the Ontario Association of Optometrists a one-time payment of $39-million to retroactively account for the increased cost of services. But the OAO says that is not nearly enough to make eye-care sustainable for optometrists who are covering costs out of their own pockets.

The government’s offer is “fair and reasonable,” Christine Elliott, Ontario’s Minister of Health, said in a statement released earlier this week.

“My goal remains to arrive at a solution that would support the province’s 2,500 optometrists in delivering high-quality care for patients, both now and into the future. Our government’s offer is an extremely fair and reasonable one, and I urge the OAO to stop withholding care from patients and commit to reaching an agreement today,” she said.

While medical doctors in Ontario regularly negotiate their fees with the government, optometrists do not have mechanisms included in their regulations that require any such routine negotiations.

The dispute has been long in the making. Last year, the OAO encouraged its members to refer patients to hospitals and emergency rooms as part of a job action intended to address its claims of decades of underfunding. In March of this year, when the province did not announce any new funding for optometry in its budget, 96 per cent of members of the OAO voted to withdraw OHIP services starting Sept. 1 unless the government agreed to legally binding negotiations to fund the full cost of delivering the OHIP-funded services.

Patients caught in the middle of the dispute are hoping for an early resolution.

Stephanie Mann was planning on taking her three kids, ages 6, 16 and 17, for exams this month, as she does every year, but their appointments have been cancelled by the optometrist.

“It’s all part of back to school, the haircuts, the eye doctor and the school shopping,” said Ms. Mann, an administrative assistant in Fort Frances, Ont. “It’s heartbreaking to know that my kids might have something wrong. What if their eyes are worse and I can’t get them tested? They play sports. They are in school. They look at smartboards. What long-term effects do they have if they don’t have their vision corrected now?”

Ms. Mann also worries about her husband, who goes for eye exams every six months to test for possible complications of his diabetes. One of those biannual appointments usually happens in October.

“This is a service that is essential,” Ms. Mann said. “I think the government needs to take a good hard look at where their priorities lay.”

Patients who had appointments booked on or after Sept. 1 are being put on a waiting list, and optometrists will help anyone needing emergency care to navigate the system, Dr. Salaba says.

“We don’t want anybody to be harmed by this,” he said.

Brooke Wilson, who usually takes her two kids for their annual eye exams in September, worries about a backlog of appointments created by each passing day of the job action.

“Now it’s going to be backlogged for how long?” said Ms. Wilson, a teacher in Sweaburg, Ont. “That’s frustrating also. When you have children who need that eye care. They’re already having a struggle for what they went through with COVID and returning to school. It would be nice to know that they are seeing properly.”

While the Ontario Ministry of Health has said that its offer is fair and reasonable, particularly in what Ms. Elliott called “today’s highly constrained fiscal environment,” Dr. Salaba says that optometrists in Ontario receive the least amount of funding of any province with publicly funded optometry services.

For example, optometrists in Ontario receive $47 in reimbursement for an eye exam for seniors. In Manitoba, it is $77. In Alberta, it’s $137.

“We’re asking the government not to make us the lowest compensated for insured services in the country,” Dr. Salaba said. “Eye care is broken in this province and we need to fix it.”

He said the withdrawal of services will continue until the government commits to paying the amount it costs to deliver eye-exam services covered by OHIP.

Our Morning Update and Evening Update newsletters are written by Globe editors, giving you a concise summary of the day’s most important headlines. Sign up today.